SIDS and sleeping with your baby

Doctors have long known that low-birth-weight infants are at high risk for SIDS, but British researchers recently discovered that poor weight gain in the first weeks after birth may also be a factor. Comparing the weight gains of 247 babies who died of SIDS with date on 1,110 healthy infants, they found that the SIDS babies had significantly poorer growth rates in their first six weeks. Even infants who were born at a healthy weight but then gained too slowly were vulnerable. Because poor growth can be apparent in the first weeks after birth, tiny newborns should be closely monitored and steps taken if they are not thriving.

Is sleeping with my baby safe? Can it reduce the risk of SIDS? 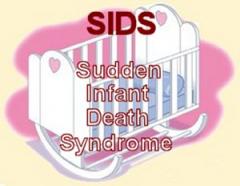 Infants and parents sleeping together or in proximity to one another is how the human infant’s nutritional, social-emotional, and thermal needs continue to be met worldwide. This includes Japan, where the rates of SIDS are the lowest in the world. In most cultures, parent-infant contact is thought to be as important during the night as it is during the day. In contrast, the industrial western world’s accepted model of “normal” and “healthy” infant sleep assumes that it is best for the infant to sleep in isolation with minimal parental intervention. But, infants were designed to sleep next to their mothers for night time breastfeeding, so solitary infant sleep represents a novel, if not alien experience, for which not all infants, we contend, are equally prepared. Our work challenges western assumptions on “normal” infant sleep in hopes of uncovering hidden environmental co- factors heretofore not considered to be relevant to some types of SIDS.

We do not suggest that sleeping with an infant can prevent SIDS or that it is perfectly safe. Indeed, where there are a variety of factors such as drug use in the family, maternal smoking, and a lack of knowledge about infant safety, co- sleeping might increase rather than decrease dangers to the infant. However, the circumstances mentioned above should not be confused with all co- sleeping situations. The sensory exchange that co-sleeping provides an infant, i.e., heat, sound, smell, touches, and movement, are sensory stimuli that the infant is designed to respond to in a positive way. Co- sleeping requires that specific precautions be taken to assure infant safety; this should not be mistaken for an argument against the potential benefits to infants, any more than a concern for crib design safety is an argument against an infant sleeping alone.

Studies show that while co-sleeping, infants breastfeed more frequently and for longer total duration; they have more arousals many of which are induced by the mother’s movements or sounds, and that the infants spend less time in the deep stage of sleep from which some infants have difficulty arousing (apnea). We have been impressed with both the mother’s and infant’s acute responsiveness to the other’s activities, all of which seem to change the infant’s physiology in ways that look potentially helpful in resisting a SIDS event, although we cannot prove this at this time.

In answer to the question, is it safe to sleep with your baby? Under most circumstances co-sleeping is likely to be very safe and beneficial; but it depends on how it is done. If the parent(s) smoke or take drugs, co-sleeping is risky. Sleeping with an infant on a waterbed, couch, soft bed, or any bed that has gaps or ledges into which the infant can fall, can be risky for the infant. It is more ideal to sleep on a hard firm mattress, and to limit your use of pillows and blankets.

In regards to the second question, we do not yet know if co-sleeping can reduce the risk of SIDS. It is clear that our research is yielding important insights into the limitations of defining the species-wide co-sleeping arrangement as “abnormal” while labeling the culturally recent preference for solitary infant sleeping as “normal” and always “healthy”. We hope someday to be able to use our data to contemplate new models of healthy infant sleep to serve as a scientific beginning to help combat SIDS.

Four Ways Attachment Parenting Can Reduce the Risk of S.I.D.S.

©1995-1996-1997-1998-1999, SIDS Network, Inc. http://sids-network.org All rights reserved. Permission to use, copy, and distribute this document, in whole or in part, for non-commercial use and without fee, is hereby granted, provided that this copyright, permission notice, and appropriate credit to the SIDS Network, Inc. be included in all copies.

The opinions and information provided here are not necessarily those of the author and are presented for educational purposes only. The author accepts no responsibility for content, accuracy or use.